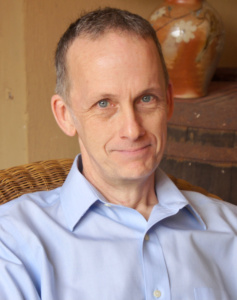 “Songs by Honeybird manages to be simultaneously funny, serious, and quirky as hell. It’s a story about old loves ending and new loves beginning, about the power of presence and attention, and about the possibilities of life in the New South.” —Susan Rebecca White, author of We Are All Good People Here

In Songs by Honeybird, the warm, funny, and inquisitive new novel from Peter McDade, Atlanta couple Ben and Nina plan to move in together, but their relationship unravels when Ben dismisses Nina’s surprising claim that her dog can talk. Songs by Honeybird follows the pair as they move on without each other. Doctoral candidate Ben dives into research on the tragic story of Honeybird, the South’s first integrated rock band, while spiritual savant Nina searches for the elusive truth about her father’s death.

Will the buried secrets of the past bring Ben and Nina back together — or send them down entirely new paths?

“I wanted to make the city a character,” McDade says, “and it made sense for that city to be Atlanta. The characters in Songs by Honeybird are working on resolving issues from the past, and Atlanta is a place where the past must be faced on a daily basis. Considerations of race are part of the city’s (and country’s) history and social evolution. Some of the characters work on these issues through art, others approach them from more of a spiritual angle. The more I revised the story, the more I understood that both of these approaches were crucial.”

Songs by Honeybird also spawned a companion album, Songs by Honeybird: Original Soundtrack, on which characters from the novel, portrayed by a talented cast of musicians, perform original songs from the book. Read: lyrics & liner notes (PDF format)

McDade’s debut novel, The Weight of Sound, “a panoramic reading and listening experience that will forever deepen your understanding of what you see happening on the rock and roll stage,” per musician and author Jacob Slichter, was published by Wampus in 2017.