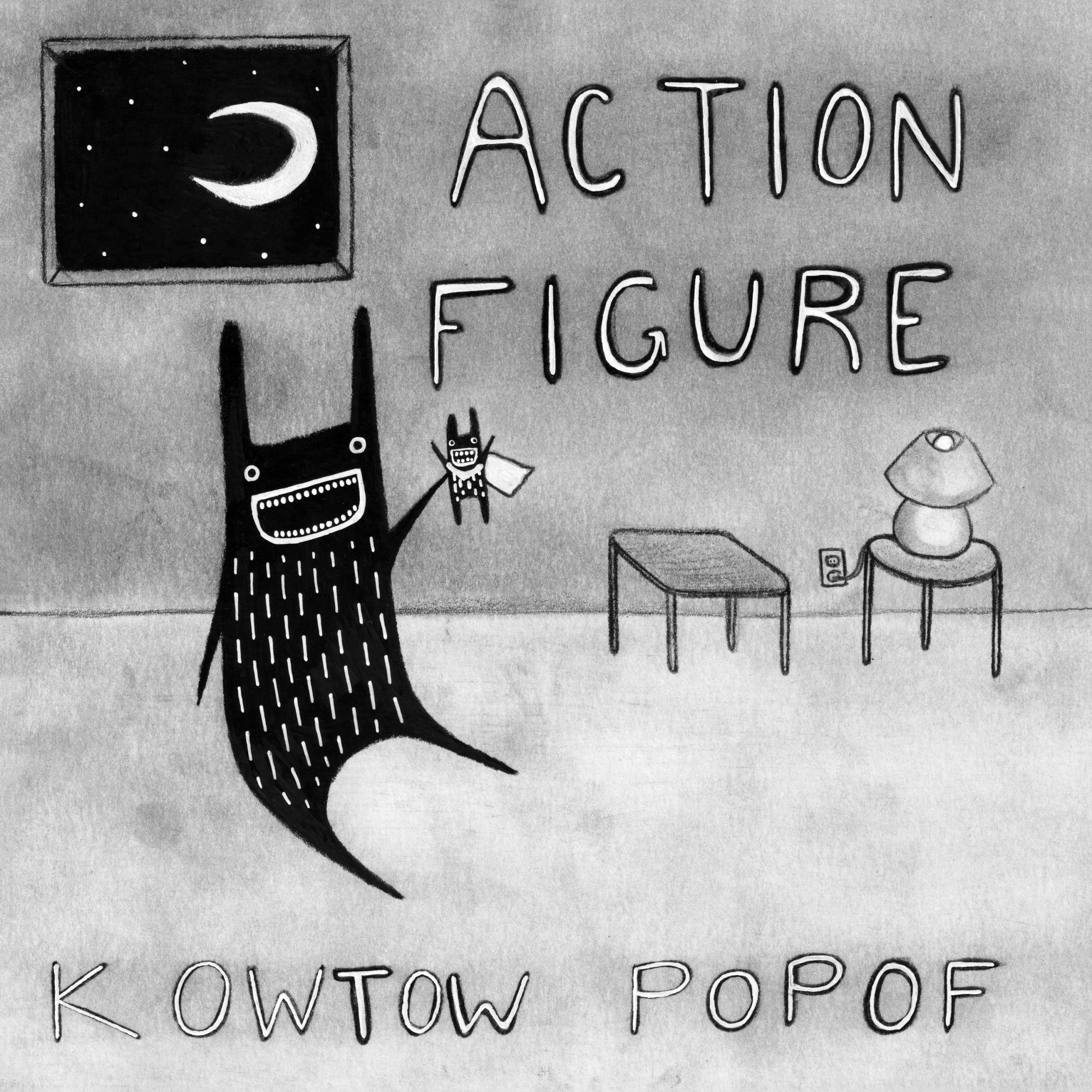 We emulate purity, truth, courage. Our ardor seeks purchase in Emily Dickinson or Shakespeare, Abraham Lincoln or the Dalai Lama. As adolescents, we dream of artists and athletic heroes and their noble feats. As children, we dream of baby dolls and action figures.

The action figure — the Batman, the Wonder Woman — can’t do anything wrong because it’s already the model for everything right.

Wampus artist Kowtow Popof returns today with his first full-length album in eight years, Action Figure. The virtues of that little plastic namesake — purity? truth? courage? — haven’t gone out of style. In fact, they’re more in demand than ever.

The world is calling out for heroes ready for action.

A tuneful tour of bopping rockers and astral ballads (and a couple lovely instrumentals), Action Figure recalls Popof’s most emotionally direct work (Eat My Dust, Coaster) while mixing in the mischief and metaphor of his recent outings (Tastes Like Armageddon, Exalted Headband). As playful as a puppy, it chases butterflies like a Harry Nilsson or Cat Stevens creation from, oh, I don’t know… childhood?

Record players and action figures, they’re always with us.